The most famous buildings of a country can tell us a lot about its way of life and culture in the time when it was built. a bit like a historical photo. Unlike a photo, however, the buildings continue to change after completion of the construction work. The usual wear and tear requires renovation, and the changing taste of society affects the Design and functionality of a building.

In this article, we’ve summarized some of the most incredible famous buildings you can marvel at, and maybe even created a wish list for a visit when international travel begins again. In the meantime, make sure you choose the best camera for creatives, or try out some of our most important sketching tips so you can take your own Version home with you.

Work on Antoni Gaudí’s Sagrada Familia began in 1882, but Barcelona’s most famous Basilica is probably best known for not being completed – over 130 years later, the temple is still 70 percent complete. It has also recently been granted a proper construction permit and is expected to be completed in 2026. 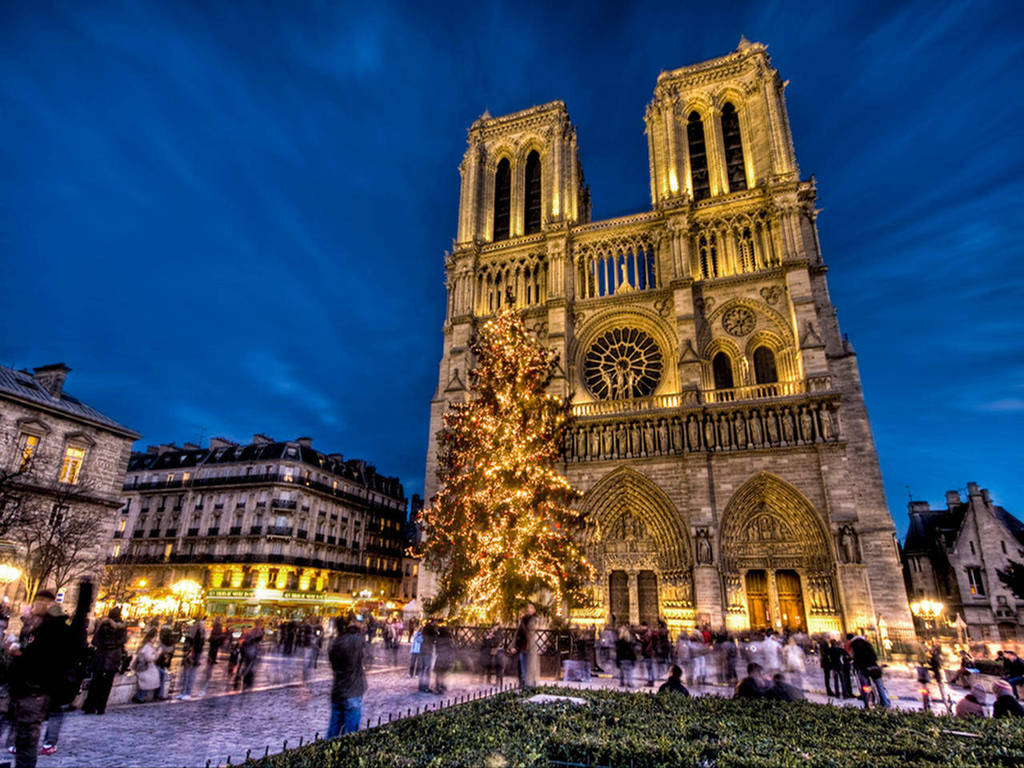 Notre Dame de Paris has long been one of the most famous cathedrals in the world, and since April 209, when a fire ravaged the building, this famous building has been the center of attention. We have included it in our list to remember it in all its glory. The construction of this cathedral began in 1160 and the building has since had a long history of destruction and reconstruction. Hopefully this next reconstruction will transform it into its past Majesty or perhaps take it in an exciting new direction.

The Heydar Aliyev Center is one of the most famous buildings of the famous Iraqi-British architect Zaha Hadid. Located in Baku, Azerbaijan, it is one of the newer Designs on this list, completed in 2012. The Design is characterized by distinctive, flowing lines and a lack of sharp angles.

Zaha Hadid Architects received the contract after a competition in 2007.

This sweeping beauty in Brasilia, Brazil, is just as impressive inside and out with its beautiful stained glass and crown-like structure. It was created between 1958 and 1970 by Oscar Niemeyer and Lúcio Costa, who were known as communists (an interesting point given the religious context). They rejected the trend towards cube-shaped Design favoured by their colleagues and celebrated the majesty of the curve.

The Harpa Concert Hall in Reykjavik was designed by Danish-Icelandic artist Olafur Elíasson together with Henning Larsen Architects and Batteríið Architects. The kaleidoscope effect of the crystal bowl releases light and color that play with your senses when you enter the building. It is a shimmering sculpture that sits on the coast and connects sky and sea.

The Milwaukee Art Museum is an architectural landmark consisting of three buildings. The war Memorial Center (1957) was designed by Finnish-American architect Eero Saarinen. the Kahler building (1975) by David Kahler; and the Quadracci Pavilion (2001) by Spanish architect Santiago Calatrava.

Overlooking Lake Michigan, it is directly connected to Wisconsin Avenue via a footbridge. Pedestrians can cross Lincoln Memorial Drive on the bridge and continue into the pavilion, while riders enter via an underground parking garage where two inclined concrete columns form a skeletal set of elements shaped like the letter “V”.

Less a famous building than a series of famous buildings – more precisely 980, built between 1406 and 1420 – the Forbidden City was the home of emperors from the Ming dynasty to the end of the Qing dynasty, and thus the political center of China for half a millennium.

The former imperial palace now houses the Palace Museum and was declared a World Heritage Site in 1987. Listed by UNESCO as the largest collection of preserved ancient wooden structures in the world, the Forbidden City has seen an average of 16 million visitors each year since 2016 – an average of 40,000 visitors per day.

The deconstructivist – or neo-Baroque-architecture forms an unusual dance form thanks to 99 concrete slabs, each of which has a different shape and Dimension. It has proved so popular that the building is now depicted on a 2,000 Czech gold coin issued by the Czech National Bank.

The building consists of Earth stones dried in the sun, mortar made of Sand and Earth stones and a plaster that gives it its smooth surface. Once a year, the inhabitants of Djenné organize a Festival and work together to carry out the necessary repair work on the mosque. The mosque is so important in Mali that it is depicted on the coat of arms of the country.

The Lotus Temple is a Bahá’í temple in New Delhi, which consists of 27 structures, which resemble petals of the lotus flower and open to a central hall about 40 m high. It has nine sides, nine doors and can accommodate 2,500 people. Its surface is made of white marble from mount Pentelicus in Greece, the same marble from which the Parthenon was built.

Since its completion in 1986, it is one of the most visited buildings in the world and attracts over 100 million people.

Himeji Castle is a spectacular Japanese castle near Kyoto. It is over 400 years old and has not been damaged by war or natural disasters. It consists of over 80 buildings, all connected by gates and winding paths.

This building is a marvel in itself and is often referred to as the White Heron or white heron Castle because of its white, elegant exterior. It is also said to resemble a flying bird.

The Cologne Cathedral is a high Gothic basilica with five aisles, whose construction began in 1248 and was discontinued in 1473 before the completion of the building. The work was only resumed in the 19th century and finally completed in 1880. Later the works follow the original medieval Plan.

13. Dome of the Rock, Jerusalem

The dome of the Rock is a masterpiece of Islamic architecture and a 7th century building in Jerusalem. The octagonal floor plan and the wooden dome of the Rotunda were built by the Caliph Abd al-Malik between 687 and 691 and are designed in Byzantine style. The Persian tiles on the outside were added By Suleiman I in 1561; the interior decoration was later supplemented with marble, mosaic and faience.

The dome of the rock, the oldest surviving Islamic monument, has served as a model for architecture and other artistic endeavors for over a millennium.

In the urban streets of Barcelona there are some unusual and beautiful buildings by the notorious architect Antoni Gaudí. His unique approach to the Art Nouveau movement produced some of the most creative buildings the world has ever seen. And La Pedrera is no exception.

As one of the most imaginative houses in the history of architecture, this is more sculpture than buildings. The façade is a varied and harmonious mass of wavy stone, which, together with its forged iron balconies, explores the irregularities of nature. The United Nations Educational, Scientific and Cultural Organization (UNESCO) recognized this building as a World Heritage Site in 1984.

London’s most famous building, St Paul’s Cathedral, was designed by English architect Sir Christopher Wren. The famous dome is located on Ludgate Hill, the highest point of the City of London, and with a height of almost 112 meters is one of the largest in the world.

The original church on the site was founded in 604 AD. Work on the present English Baroque church began in the 17th century by Christopher Wren as part of a comprehensive reconstruction programme following the Great Fire of London.

The Petronas Towers are 451.9 meters high and two skyscrapers in Kuala Lumpur, Malaysia. The buildings, which between 1998 and 2004 had the title of the highest in the world, are a landmark of the capital.

The distinctive postmodern style was created by architects Cesar Pelli and Achmad Murdijat, engineer Deejay Cerico and Designer Dominic Saibo under the consultancy of JC Guinto.

Color Compatibility In Our Clothes

The Most Wonderful Knitting Models